We often discuss inclusion in the classroom, at camp, or during after school programs. Yet we know that exclusion is everywhere from the food we serve, to the music we listen to, and beyond.

And if exclusion is going to follow us beyond the halls, then our inclusion efforts must be prepared. So, how can we rectify real-world instances of exclusion with reasonable, easily applicable practices that bring meaningful change?

Here are four common instances where inclusion could be clearer, and how we’d help them improve:

Lunchtime is one of the best parts of the school day. Whether homemade or from the school cafeteria, the food we rely on to power our kids through the rigor of an academic day is crucial. But for children with food allergies, the wrong choice or a flippantly served menu in schools can be dangerous.

More than 15 percent of school-aged children with food allergies have had a reaction in school, and roughly a quarter of the life-saving epinephrine treatments administered in schools were for children whose allergies were unknown at the time of the reaction.That’s a big deal given the number of students who come to school every day managing allergies; the CDC reports that 1 in 13 children – about two students per classroom – are affected by a food allergy.

“Food allergies represent a growing health concern.  It is estimated that six million children, or eight percent of the child population, have food allergies.  And the Centers for Disease Control and Prevention report that these numbers are on the rise – increasing 50 percent between 1997 and 2011!”

The issue has led to a number of lawsuits and tragic losses of life over the years as educators and school officials find themselves unprepared, lacking sufficient knowledge, or failing to enact protocols to protect their students

Being careful and proactive can save children’s lives.

It’s not easy to track every student and their culinary interactions throughout a given school day, but having the right training for preventing and reacting to allergic reactions makes a world of difference.

Thankfully, plenty of resources are available for school nutrition professionals aiming to help them understand and implement effective allergy management procedures school wide. For teachers, after-school aides, and other caregivers, knowing the signs of an allergic reaction is imperative as well, since the effects of anaphylaxis can come on quickly. Swift reaction could be the difference between life and death.

Training should extend to students and their parents, too. Knowing the importance of food safety, including how to prevent cross-contamination and how to stay vigilant, can help parents pack appropriate lunches for their students, and help kids keep each other safe.

Additionally, clearly displayed signage can aid students in owning their allergies. Place notifications about potential allergens in highly-visible and relevant locations to prevent any uncertainty. 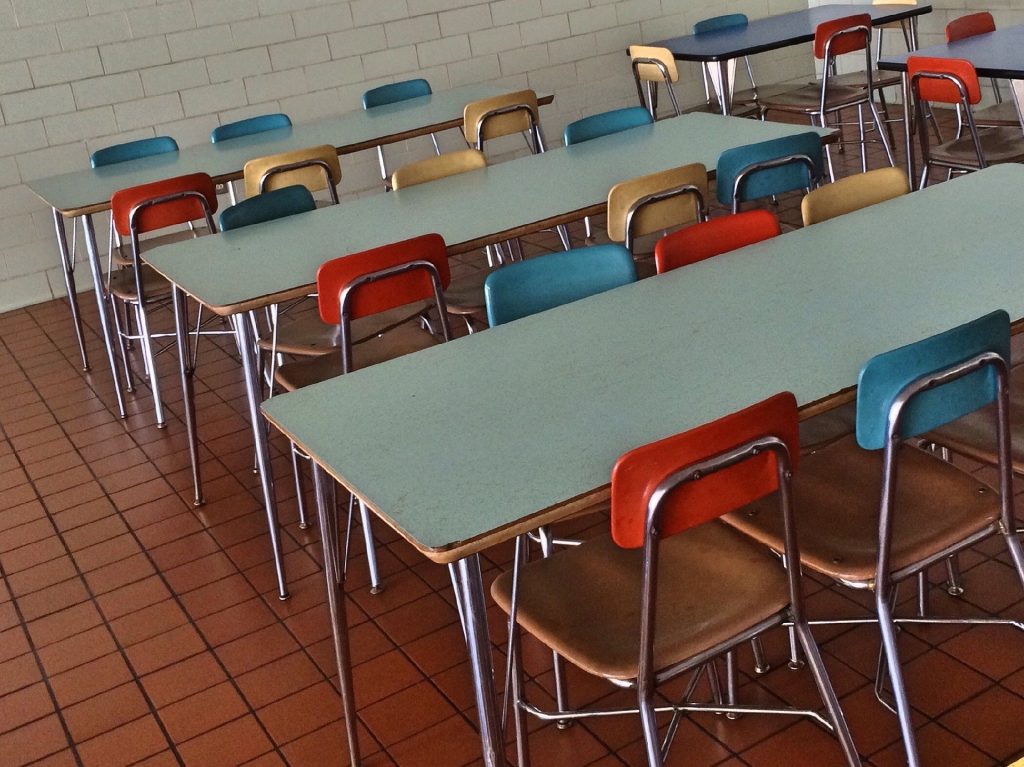 The words we hear on the radio become part of our daily vocabulary as we repeat them in song or see them translated to everyday slang. So when Grammy Award-winning rapper, singer, and songwriter Lizzo released the original version of their song “Grrrls,” the public quickly took notice of the lyrics.

Disability advocates and individuals with disabilities took to Twitter and other forums to discuss Lizzo’s inclusion of the word “spaz” in the song’s first full verse. The term, short for “spastic,” has earned the colloquial connotation of meaning awkward or excitable. While that may seem mild enough, it’s an evolution that assigns derogatory traits to those who experience genuine spasms, like those in the cerebral palsy community.

“Many people with cerebral palsy — myself included — have heard the words ‘spaz’ or ‘spastic’ hurled at them as taunts or teases. Some have endured years of bullying with these words at the forefront, which has had lasting effects on their mental health.  So when people casually use the word ‘spaz’ to describe their friends, their pets or themselves, it often reopens old wounds.”

– Kelly Douglas for The Mighty

Lizzo fans expressed their disappointment in the artist for choosing to include the term when her listenership includes individuals with disabilities and millions of others who may not know the history of the term.

In recent weeks, Beyoncé came under fire for including the same term in a song on her album, Renaissance, despite the extensive media coverage and public reaction to Lizzo’s lyrics. Yet again, more fans spoke up about the betrayal they felt at the artist’s actions.

Sometimes all we need to do is listen and learn.

The public outcry and widespread media coverage of Lizzo’s lyrical misstep brought the word’s negative connotation into focus for millions of music lovers – Lizzo included! Lizzo took swift action to resolve the issue, re-releasing the song with an alternative version of the first verse that omitted the word.

In a statement, Lizzo acknowledged the harmful nature of the original lyrics and declared their stance against derogatory language in their music. 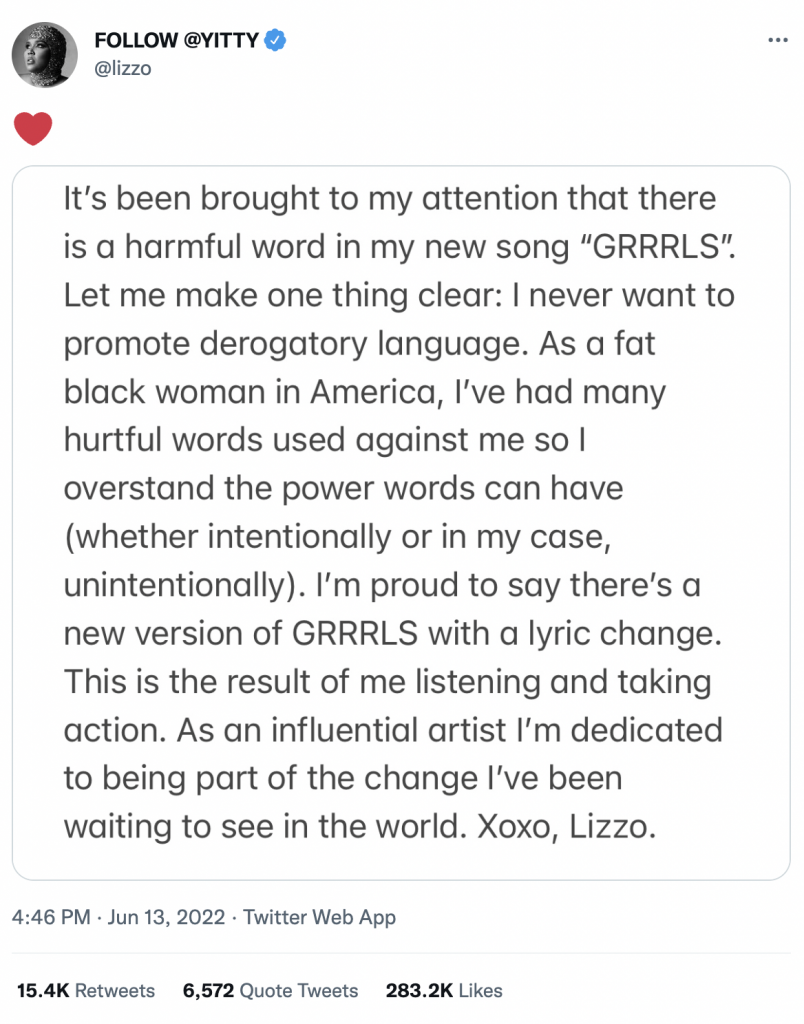 We can learn from the quick turnaround in resolving this issue that awareness and education can make a world of difference. People with disabilities who took the time to share their experiences and surface the information that was missing from the initial songwriting process were not only heard, but trusted. Their voices were heard and their sentiments valued. When we are inclusive, we can create enjoyable media for all.

3. The Rise of Fraudulent Service Dogs

Service dogs play a huge part in the disability community. They are trained to take specific actions that aid their owners, such as guiding those with visual impairments, calming anxiety, or alerting their owners to blood sugar spikes. These canines are not like pets – they have a job to do, and they are certified to do it. Service dogs have unique training and specialized discipline that sets them apart.

However, in the last 10 years, more people are purchasing service dog vests online to outfit their untrained family pets. Why? Because service animals are allowed where other pets are not, such as in restaurants, stores, public transportation, etc. Since ADA law on service animals prohibits questioning the validity of a person’s disability or requesting to see proof of a service dog’s certification, it’s easy to disguise a well-behaved pup as a service dog in public.

Unfortunately, untrained animals masquerading as service dogs have made matters more difficult for legitimate service animals and their owners. A poorly-trained pup presented as a service dog may not have the temperament to behave properly in public.

“A poorly-trained fake service animal can be a danger to the public and to real service dogs.”
– Jen Karetnick, American Kennel Club

Reactivity in crowds, aggressive behavior towards other dogs, or a lack of potty training are among the concerns that give all service animals – legitimate or otherwise – a bad reputation. Though it is illegal to prevent service dogs from entering places where the public is welcome, business owners and patrons may hesitate to accommodate them after bad experiences.

The problem has expanded to such an extent that the American Kennel Club Government Relations team noted more than 150 laws related to criminalizing the misrepresentation of a service animal since 2016. In that same year, Canine Companions for Independence, a service dog training and matching organization based out of California, reported that 77 percent of its graduates had an encounter with a fraudulent or out-of-control service dog.

This is a more complex issue to unpack than it may seem on its surface. While misrepresenting your pet may not be the most ethical decision you can make, people tend to have their reasons for ordering a service dog vest and taking their pooch out in public.

One in five U.S. adults experienced mental illness in 2020, according to the Substance Abuse And Mental Health Services Administration. Anxiety disorders and depression are among the most common mental health concerns, both of which can be aided by the presence of an emotional support animal. Physical health improvements have also been noted in dog owners, such as lower blood pressure and lower cholesterol. For kids with ADHD or autism, dogs have been incorporated into calming sensory activities, too.

It’s no wonder so many of us want to bring our dogs with us out into the world – we need them!

In this case, the solution is to seek appropriate training for your dog so that it can be legally certified as a service animal. This legitimizes their contributions to you while giving your pup the extra skills it needs to support you thoroughly. Search for service dog training programs near you and make your dog’s diligent care official! 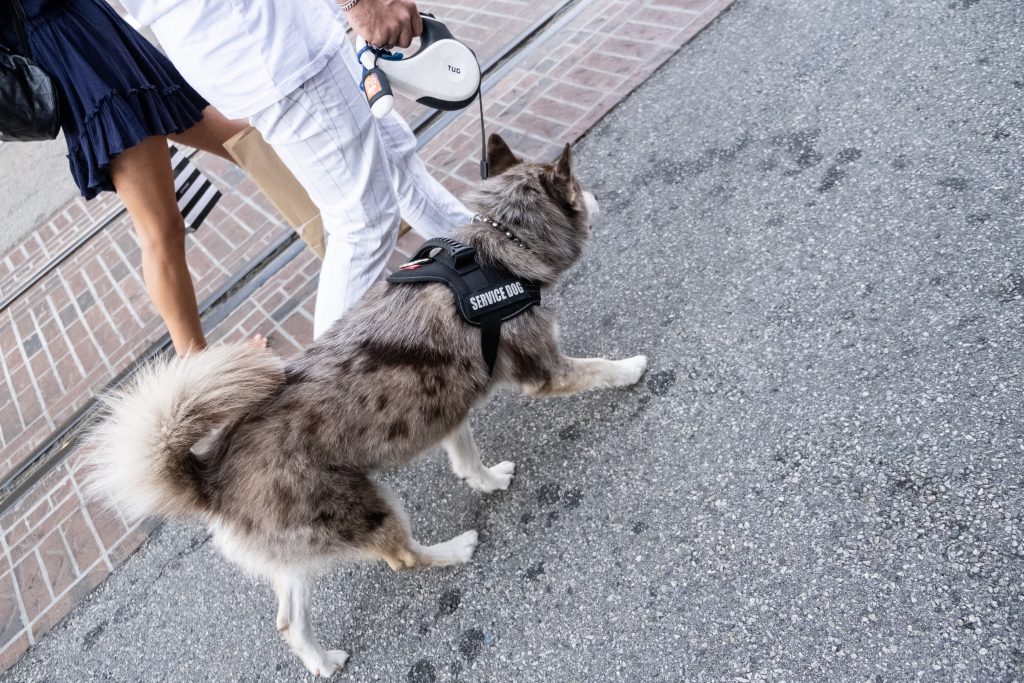 Education goes beyond the classroom. Important life lessons such as teamwork, sportsmanship, and rule following are often taught on a field or court, during games or with clubs. Studies have even proven the health and social benefits of sports for kids. Yet, despite their value, sports and extracurriculars are often exclusionary of children with disabilities.

“Sports is one of the most important and successful tools that can be used to integrate individuals with different disabilities in society. Everyone has the right to practice sports, so our role, as coaches, must be to guide and advise such individuals on how to join the sports field.”

Prospective athletes with disabilities have been prevented from joining school sports teams or participating in regional competitions, putting them on the sidelines of school sports. Legislation that prevents discrimination on the grounds of sex, disability, creed, and so on are in place to prevent their exclusion in school sports, but nonetheless, some student-athletes face challenges when pursuing scholastic athletics.

Young competitors with disabilities have not taken their exclusion quietly.

Courts have sided with students with disabilities in numerous cases, granting credence to their right to compete for points alongside nondisabled student-athletes and to receive reasonable accommodation for team try-outs and meets. Coaches can look to these landmark cases to better understand how their programs may unintentionally be exclusionary to students with disabilities – and how to remedy those barriers.

Similarly, program leaders can encourage students with disabilities to attend tryouts for sports in which they are interested. Reaching out to special education classrooms or publicly announcing that all students are welcome to pursue a position on the team are both excellent places to start.

Create the Change with KIT

We’ve made huge strides toward inclusion, but there are daily reminders of where we can do more and do better. Check out our courses for more ways to actively encourage inclusion in your life!