A Tribute to Mary Shea from KIT CEO, Torrie Dunlap 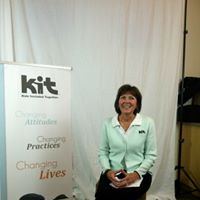 On July 26th, 2022, we lost the brightest star in the KIT galaxy. Twenty-five years ago, with a small group of philanthropists and parents, Dr. Mary McAllister Shea envisioned what Kids Included Together could be, worked to make it so, and ignited a passion for inclusion in everyone she met. I know this firsthand, as Mary is the reason I have spent more than two decades of my life advocating for children with disabilities. So many people Mary recruited and mentored are still with KIT today. Together, we are carrying Mary’s legacy into the future.

Mary was a visionary, a leader, a strategist, a coach, a mentor, and a people magnet. Wherever she went, she shared her passion, and she collected new friends and fans. She was always bringing me business cards of people she met on planes and in coffee shops that might be able to help KIT. And 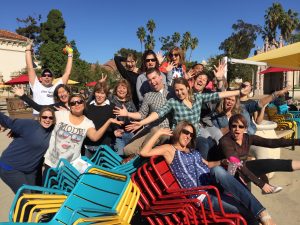 once Mary deemed you one of her people – she would usually say you were “a gem”, she did not let you go. I will never forget the feeling of having Mary grab my arm and say, “God love ya’ Torrie, you are a gem.” You did not, however, want to be deemed a Flat Tire. That term Mary reserved for people she encountered with no spark, and no ability to get things done.

Mary brought her full self and her whole heart to her work. She would always say that her passion for kids with disabilities came from the fact that as a mother, she could just write a check and sign her daughters, Erin and Kelly, up for any activity they wanted, whether it was theater or soccer. But mothers of kids who had disabilities didn’t have the same opportunities. She wanted to right that wrong.  In 2010, when we started working with the US Military Child & Youth Programs, Mary signed up to travel to every Army base she 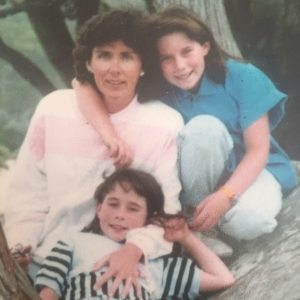 could. She would tell everyone of her personal history with the military, and how her mom was an Army nurse. She seamlessly blended her personal and professional passions. Judy Nee, who was the Executive Director of the National Afterschool Association, once told me that Mary was the most authentic person she had ever met. The National Afterschool Association awarded Mary their coveted Flame of Inspiration Award for her pioneering work on disability inclusion in the afterschool field. This combination of passion, authenticity, warmth, and her sense of humor gave her the ability to always speak from the heart. She could be a rebel, and she would speak her mind, but she had the ability to do it in a way that won people over.

Mary was authentic, and she was also incredibly present. Everyone wanted a piece of Mary, and Mary made time for everyone. If you called her, she called you back. If you needed her advice, she’d meet you at a deli for a tuna fish sandwich or would take you out for a beer after your KIT training. She developed real friendships with our clients and partners all over the country. She let people know her, she gave them her undivided attention, she hugged with 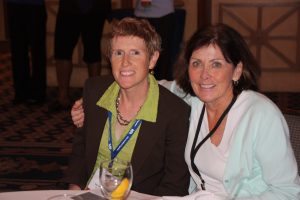 full body contact, and she told people what they meant to her. One of our staff members only met Mary once. “The thing I remember,” she said, “is how interested in me she was. I was new to KIT, but Mary made me feel honored and very welcomed.”

Mary’s legacy is a legacy of love. She taught us how to do our work with deep love and respect for children, for families, and for each other. She believed in relationships and showed us that we couldn’t make change without first building a trusting relationship. This is still how we approach our work at KIT.

KIT started with a small handful of programs in San Diego, and now, 25 years later, 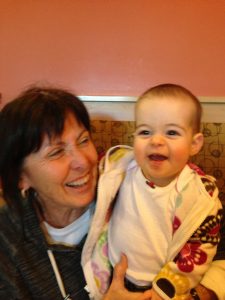 we have brought disability inclusion to 741 programs, teaching more than 128,000 childcare providers and teachers, in all 50

states and 15 countries. That translates to at least a million children who have benefitted from what Mary created. And we are nowhere near finished.

Mary would always end her KIT trainings with a quote by Fred Rogers. I want to end by sharing it with you.

“We live in a world in which we need to share responsibility. It’s easy to say, ‘It’s not my child, not my community, not my world, not my problem.’ Then there are those who see the need and respond. I consider those people my heroes.”

Mary was our hero, our guiding light, and we will ensure that her vision lives on.

Some Mary Memories from the KIT Team

“Mary was brilliant in every sense of the word. She was full of light and life and energy! She had so many ideas and she often moved through them quickly. When I would work with her on curriculum,  she was notorious for using ellipses. I loved those three little dots (…) that were in every sentence connecting her brilliance from one thought to 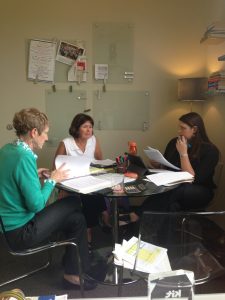 the next.” – Alissa Marotto

“I was thinking this morning about how Mary would give the best hugs (she really meant it) and then she’d hold you by the arm and really look into your eyes while she was talking with you. She could make you feel so important and was totally present in a conversation. The best ever compliment you could get was when Mary called you a gem. Really and truly, Mary was the gem.” – Anna Luther

“Mary loved a cold beer and football. In her younger days, she was a runner and then later on, an avid walker. As a lifelong learner, Mary gained knowledge from her peers and taught all with passion.” – Nili Mathews

“I only met Mary Shea once. It was for a brief moment. We were at Nili’s mom’s for training, fellowship, and food. I remember knowing of her from others and having watched some workshops she’d led in some videos I found in Sharepoint prior to meeting her. The thing I recall is how interested she seemed in me. I was new to the team and I felt honored and very welcomed by this quintessential KIT Inclusionista.” – Brooke Matthews 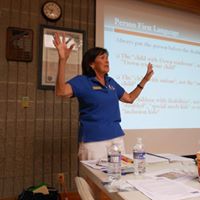 “You could not, nor did you want to, move away from Mary’s charisma. She was a magnet, and once you entered her magnetic field, she deepened your understanding of inclusion. In addition to being a co-founder, she was KIT’s first Executive Director. While she performed her administrative duties, kept the board engaged, and impressed donors, her brilliance was training. She captivated audiences with her passion, sincere directness, and she influenced change.  She was a force for inclusion unlike any other.” – Sara Couron

“She was a bit of a rebel and pushed back on a lot of things, but in a way that the people she was pushing appreciated. Some were related to inclusion, and some were related to other things she was passionate about. Mary was funny! I am so grateful for the opportunities I had to train with her and spend time with her over the years.” – Janet George

“Mary was the Pied Piper…she could charm, and connect, with ANYONE…and then the magic would ensue.” – Phillip Collazo

Posted in KIT Spotlight
← The Most Common Learning Disabilities: Part 1; How to Identify Them & How to HelpAmerican Education Week 2022: 6 Ideas for Making Schools Inclusive For All Students →